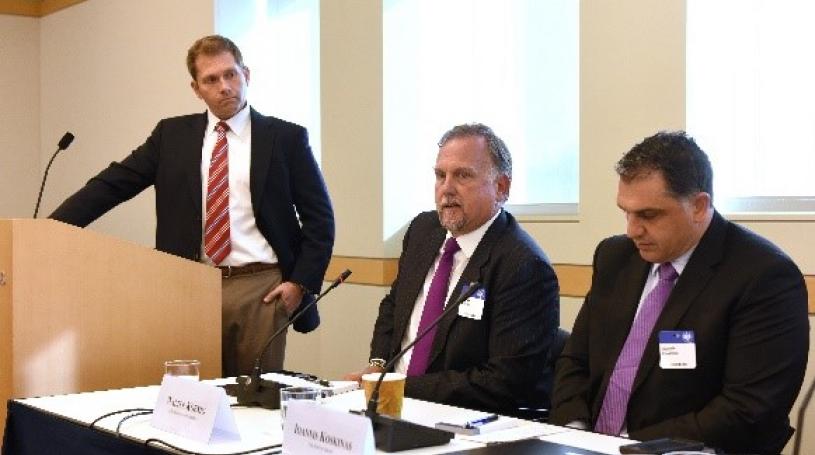 On October 26, 2015, in Washington D.C., the American Chamber of Commerce Afghanistan (AmCham/Af) and the U.S. Institute of Peace (USIP), with sponsorship by Aegis Defense Services and GardaWorld, hosted an event that highlighted US coalition base conversion and the possible investment opportunities as a result of this initiative. The event was kicked off by USIP’s Executive Vice President Ambassador William Taylor and featured a key note and discussion with Afghan Ambassador Hamdullah Mohib.

Resolute Support Mission officials provided the audience with an extensive overview of the nuts and bolts of base transition, the process and what it means for Afghanistan. Additionally, a discussion panel of Afghan private sector experts brought different perspectives on the opportunities associated with base transition along with the challenges both the National Unity Government (NUG) and investors face.

This event succeeded in increasing awareness among Washington industry and policy leaders that Afghanistan is open for business and the NUG is committed to converting base transition into an economic growth opportunity for Afghanistan.

USIP has been working to promote peace and stability in Afghanistan since 2002 and has recently released a series of publications on the Afghan economy including, Reviving Afghanistan’s Economy and Afghan Economic Policy, Institutes, and Society Since 2001. The American Chamber is proud to be associated with USIP.